Lost in Tibet - the story in more detail 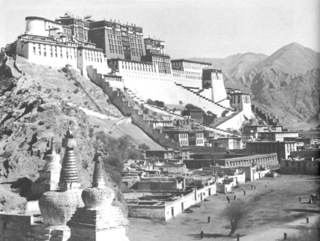 IN NOVEMBER, 1943, at the height of World War II, five young American airmen were flying a treacherous supply route known as 'the Hump'.

They anticipated a routine flight from Kunming in China back to their base at Jorhat in India. But high over the Himalayas, a violent storm erupted and blew their plane hundreds of miles off course.

When their fuel ran out, the men were forced to bail out. They thought they would parachute into the Assam valley in India, a drop of about 20,000 feet. Instead, within seconds of leaving their plane, they slammed into the face of a mountain. To their astonishment and horror, the men had 'landed' deep in the mountains of central Tibet.

Miraculously, all five of the men survived. But their ordeal was just beginning. After scrambling over some of Tibet's most formidable mountain passes, they reached the ‘forbidden city’ of Lhasa, then ruled by an eight-year-old god-king – the 14th (and current) Dalai Lama.

When they entered the city, on December 15, 1943, the five airmen joined the ranks of the first few Americans ever to see the Tibetan capital – a full two years ahead of Heinrich Harrer, author of Seven Years in Tibet.

Their appearance in Lhasa, however, was not a matter of choice. Instead, the men were marched to the city by representatives of a suspicious Tibetan government who thought the Americans were part of a long-anticipated Chinese invasion. 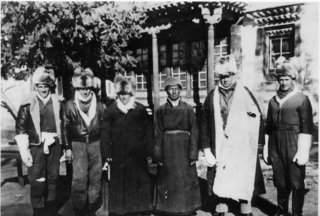 The five American airmen at the British Mission in Lhasa, November, 1943

While in Lhasa, the five airmen were initially taken under the wing of the Chinese Mission, but when angry Tibetans tried to stone them, they found shelter at the British Mission instead. Caught within the competing triangle of Tibetan, Chinese and British interests, the men were drawn into the political turmoil that even then was swirling around Tibet's effort to remain independent.

To avert an international incident (and in fear for their lives), the men were forced to leave Lhasa in a hurry. They set out, in the middle of winter, on a perilous journey across the Tibetan plateau – a journey that soon became a desperate race against time.

ON ONE LEVEL, Lost in Tibet is a compelling, true-life adventure involving physical hardship and constant danger. But it also depicts the life and culture of pre-Chinese Tibet – and it examines the forces that led to the Chinese invasion.

At the time they occurred, the Americans’ adventures attracted widespread interest. Accounts of their story appeared in Collier's magazine, Newsweek, Readers' Digest and the New York Times.

Their story was also the subject of a CBS radio drama-documentary that was broadcast on February 4, 1944. And the publishers of Captain Aero turned their adventures into a lurid comic strip. However, until now, the airmen’s story has never been given the attention or weight it deserves.

Lost in Tibet has been well reviewed – by readers and critics alike. It has recently been released in a new paperback edition, and has been translated into six languages. 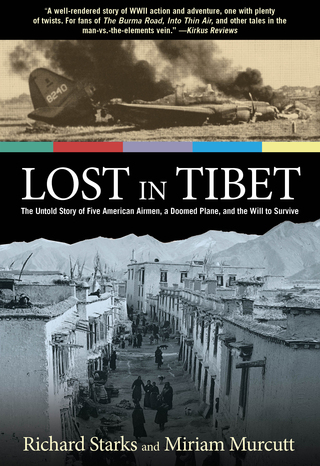