AFTER INDEPENDENT careers in journalism, Richard Starks and Miriam Murcutt set up their own publishing business, since sold. They now work full-time as authors.

They both live in Boulder, Colorado - recently declared America's most health-conscious city - so they're compelled to disclose that all their books are fat-free, salt-free, wheat-free and gluten-free. Also, none has been made on machinery used to process nuts.

RICHARD STARKS is an award-winning journalist, editor and publisher, and now a full-time author.

He has written ten books, fiction and non-fiction, in genres that include crime (Money Doesn't Talk, It Kills), horror (The Brood), travel (Along the River that Flows Uphill), true-life adventure (Lost in Tibet), economics (Industry is Decline), and most recently commercial adult fiction (In a Town Called Paradox).

He has also written for business and consumer magazines as well as for television.

His books have been published in five languages and been favorably reviewed in National Geographic Adventure, Climbing, Publisher's Weekly, Kirkus, ForeWord and The London Review of Books (among others); and he has been featured on Voice of America, PBS radio, Travel with Rick Steves and TravelTalk Media.

His books are set in places he knows best or has explored: Tibet, the Amazon basin, Greenland, Toronto, Spain and, in the case of In a Town Called Paradox, the off-road canyons of Utah.

Richard, who holds B.Sc. and M.Sc. degrees, has an abiding interest in all branches of science, especially astronomy and cosmology. When not writing, he is an avid traveler to the more remote regions of the world and, home in Colorado, is a frequent mountain hiker and runner.

He was born in England but has lived in Canada as well as the United States, and is now a citizen of all three countries.

He is a long-standing member of the Authors Guild. 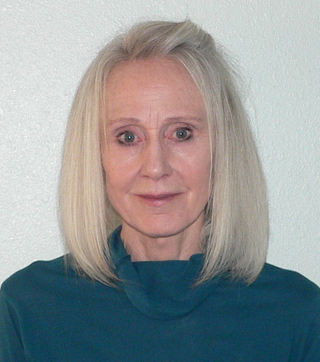 MIRIAM MURCUTT is a former journalist and editor turned marketing executive with wide experience in the travel and publishing industries. She has an M.A. in English Literature and now works full-time as a writer.

Miriam has co-authored four narrative non-fiction books: Lost in Tibet, a true-life adventure set in pre-Chinese Tibet; A Room with a Pew, the story of a journey from Barcelona to Malaga staying in Spain's ancient monasteries; Along the River that Flows Uphill, an adventure-travel account of her Amazon riverboat journey to meet primitive Yanomami Indians; and Greenland for $1.99, a short ebook describing her travels through the isolated communities of western Greenland.

Her latest book, In a Town Called Paradox, is women's commercial fiction that asks the question: If each of us has a life story, then who decides how it unfolds and how it should end.

Miriam's books have been published in nine countries, including India, Brazil and Italy as well the United States and United Kingdom. Her work has been favorably reviewed in National Geographic Adventure, Climbing Magazine, Publisher's Weekly, Kirkus, The London Review of Books, ForeWord, and January Magazine. She has been interviewed on Voice of America, PBS radio, Travel with Rick Steves and TravelTalk Media, and has been featured in The New York Times.

When not writing, she likes to read books by her favorite authors, Sarah Waters, Pat Barker, Jodi Picoult and Bill Bryson. She studies Spanish and also volunteers as an interviewer for a Carnegie Library oral history archive. To expend any left-over energy, Miriam hikes in the Rocky Mountains, runs, plays a mean game of tennis as well as tinkers on the piano.

She is a member of the Authors Guild.